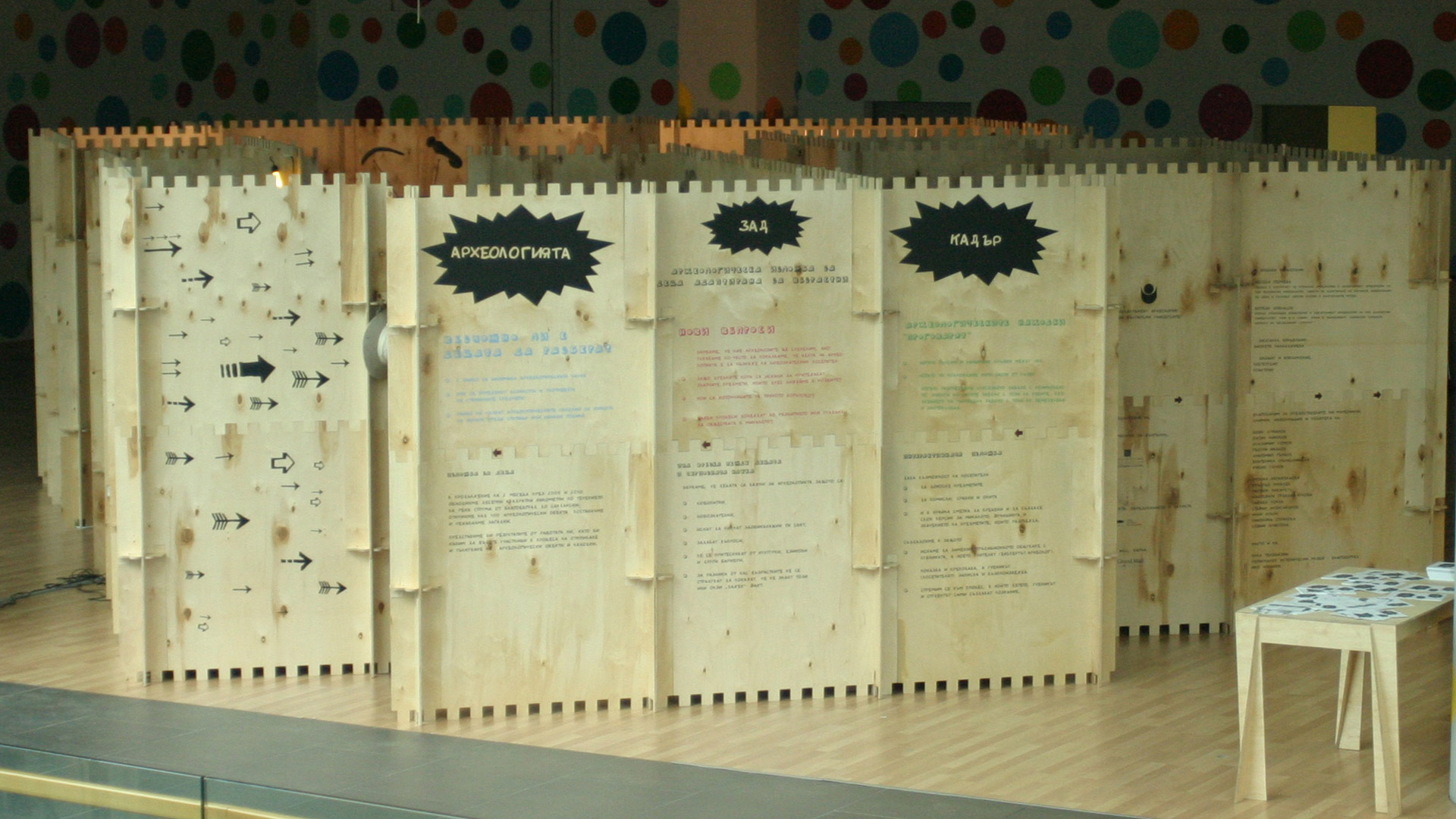 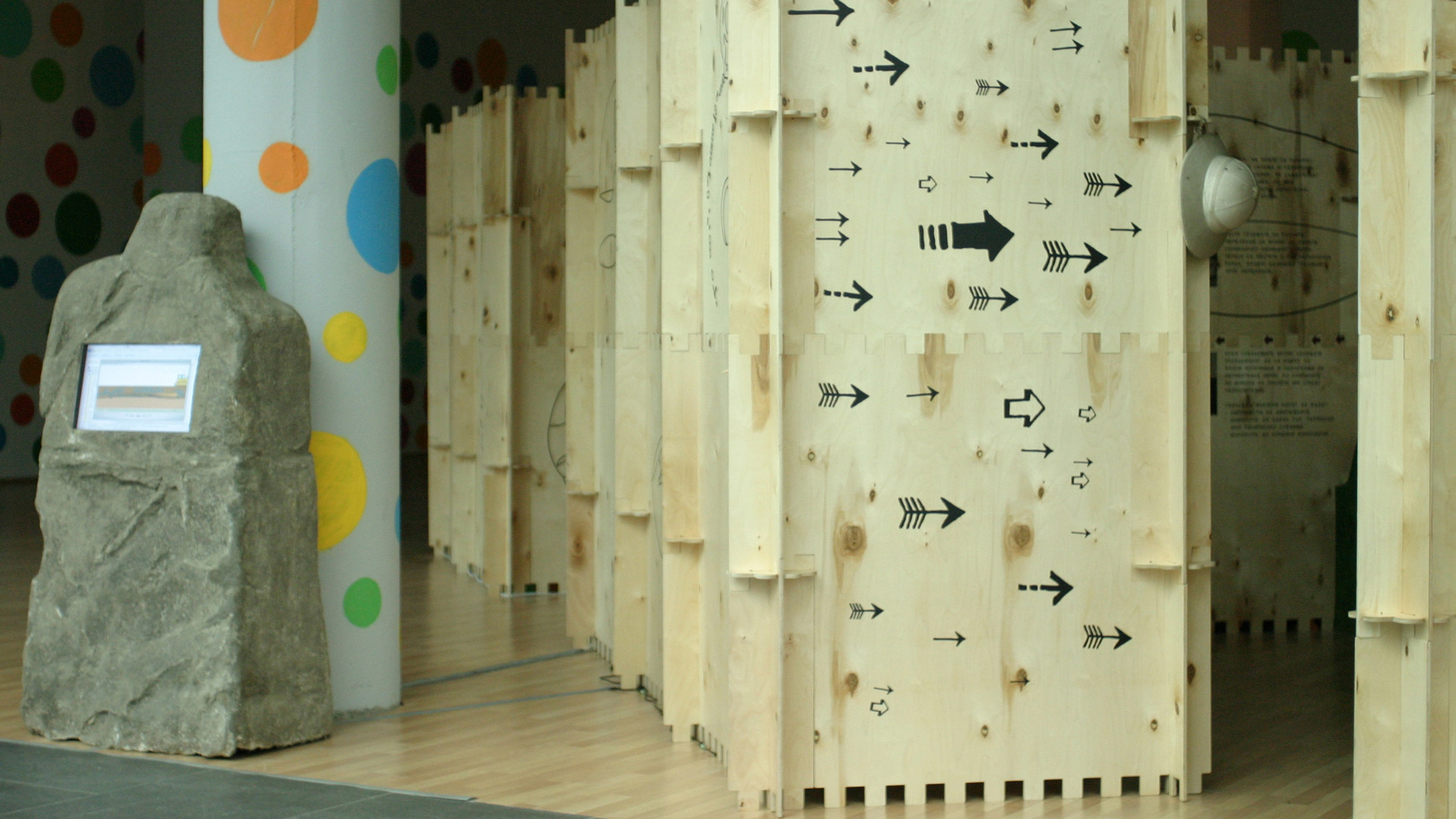 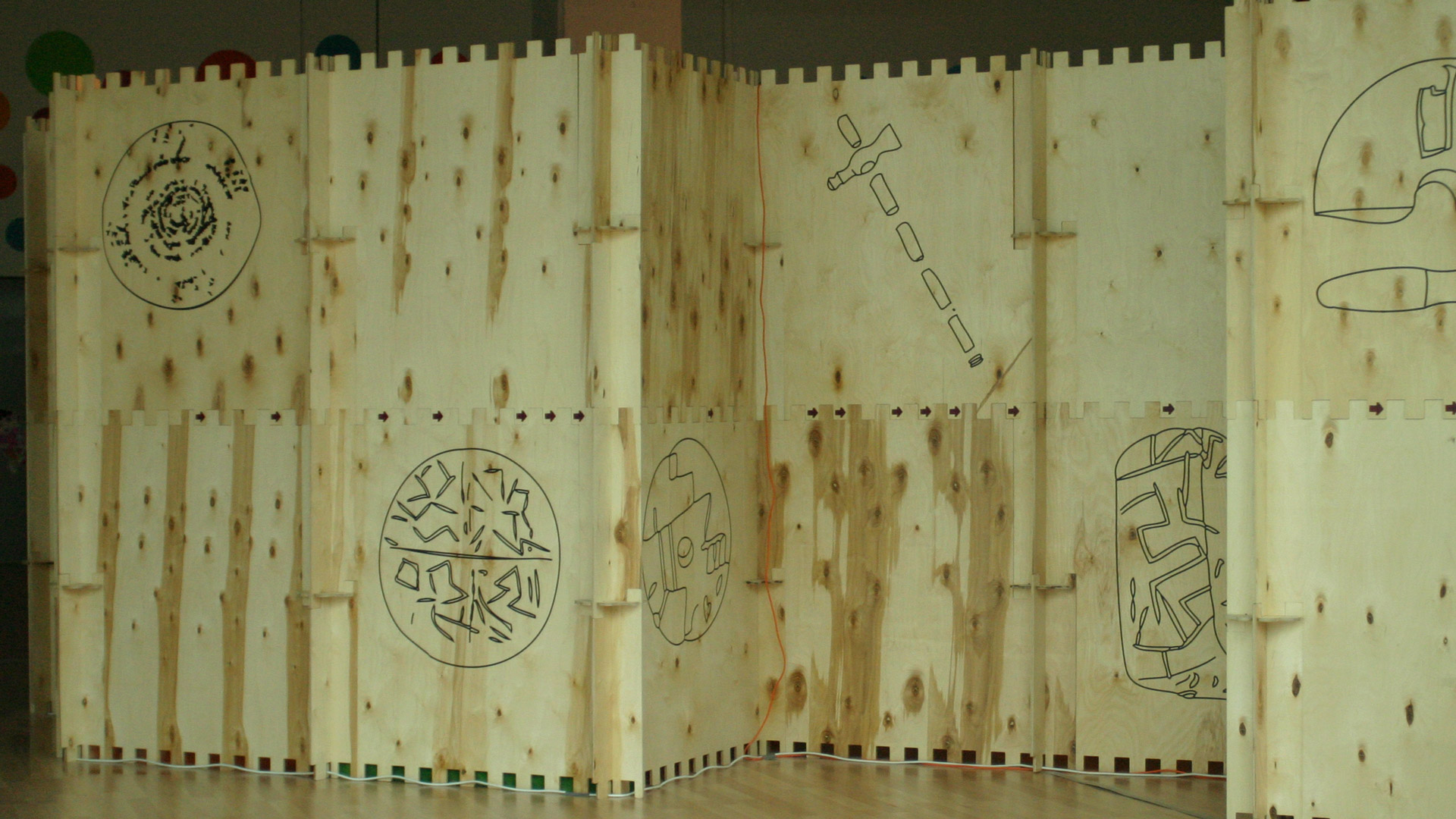 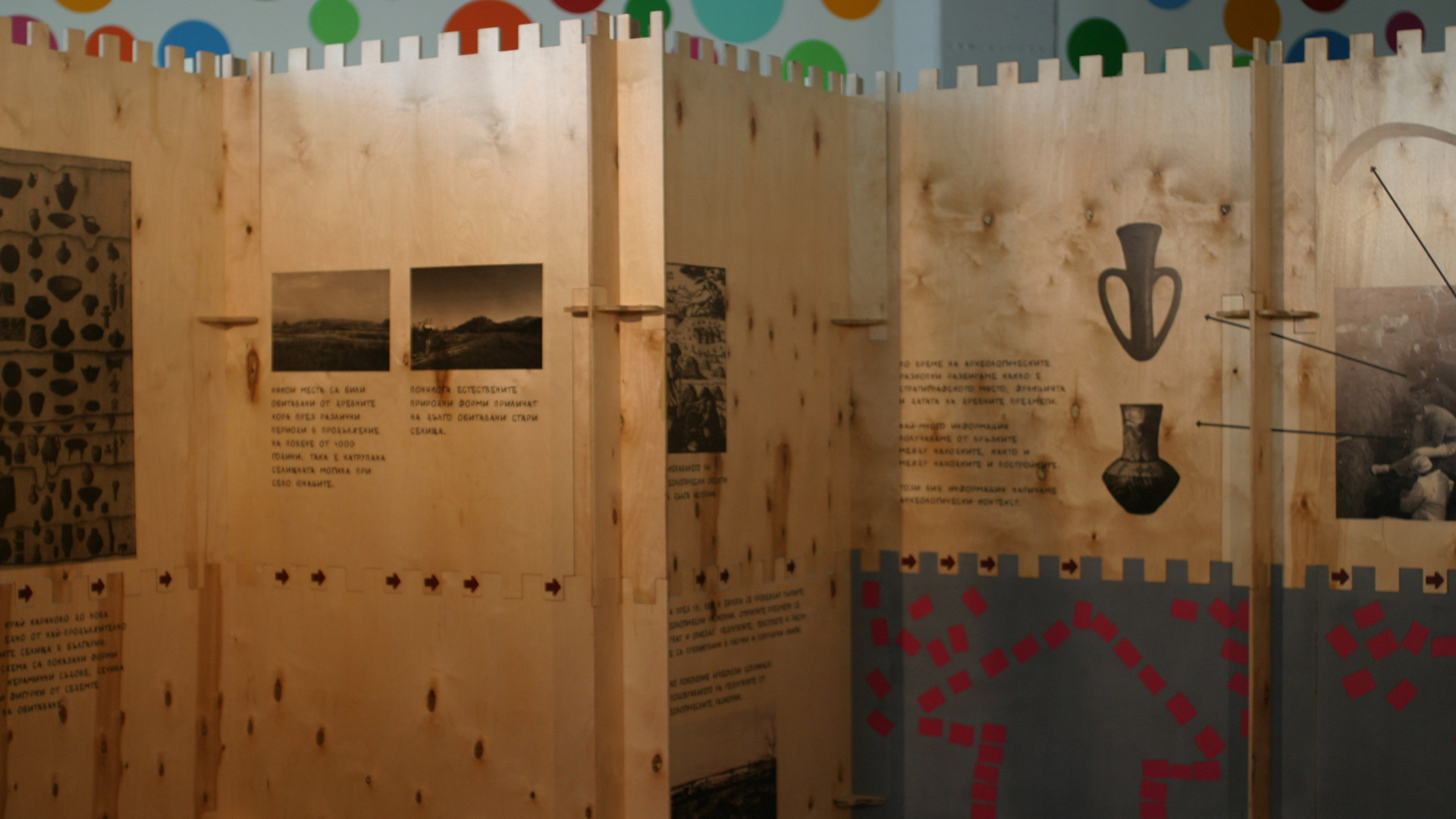 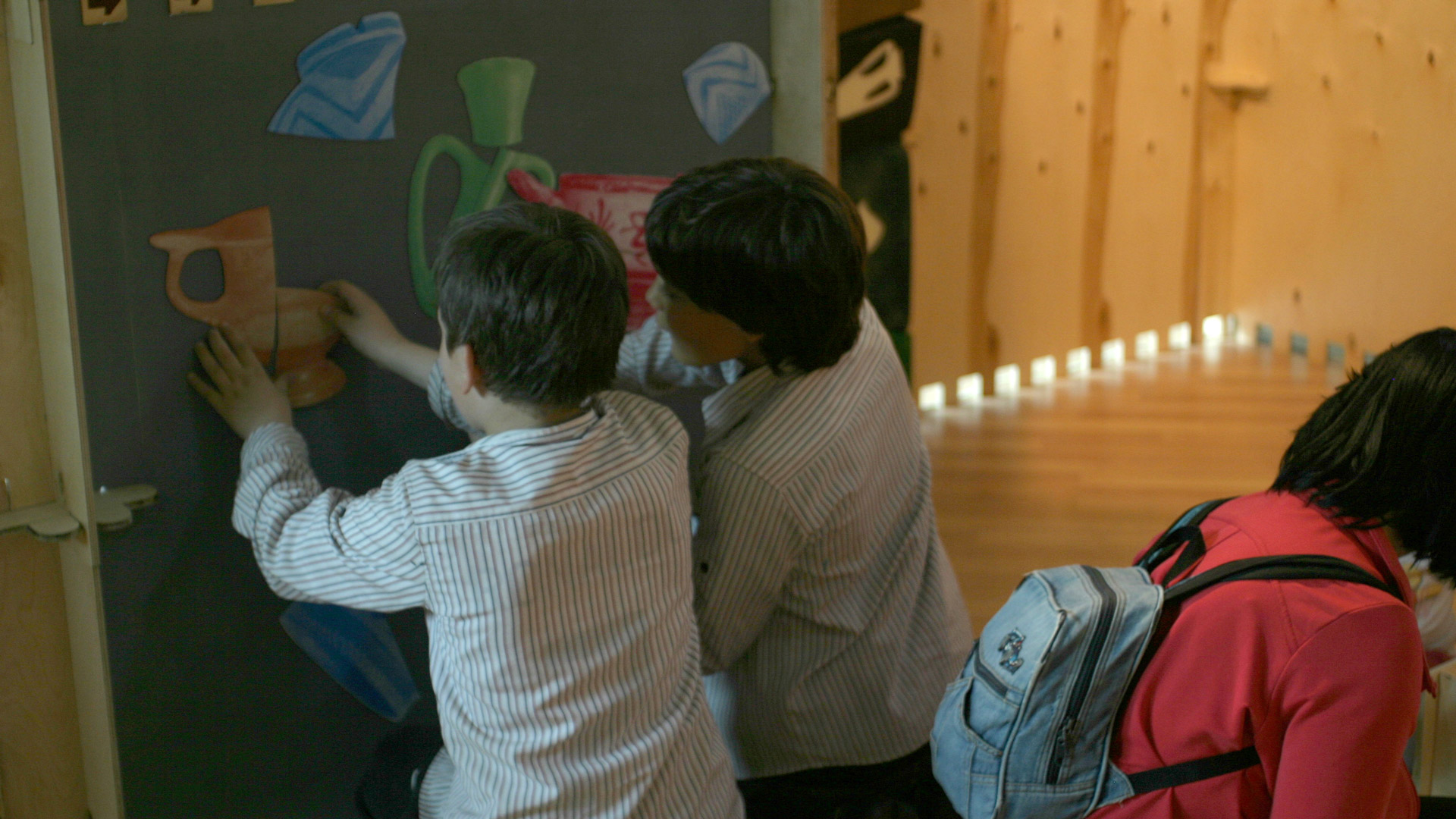 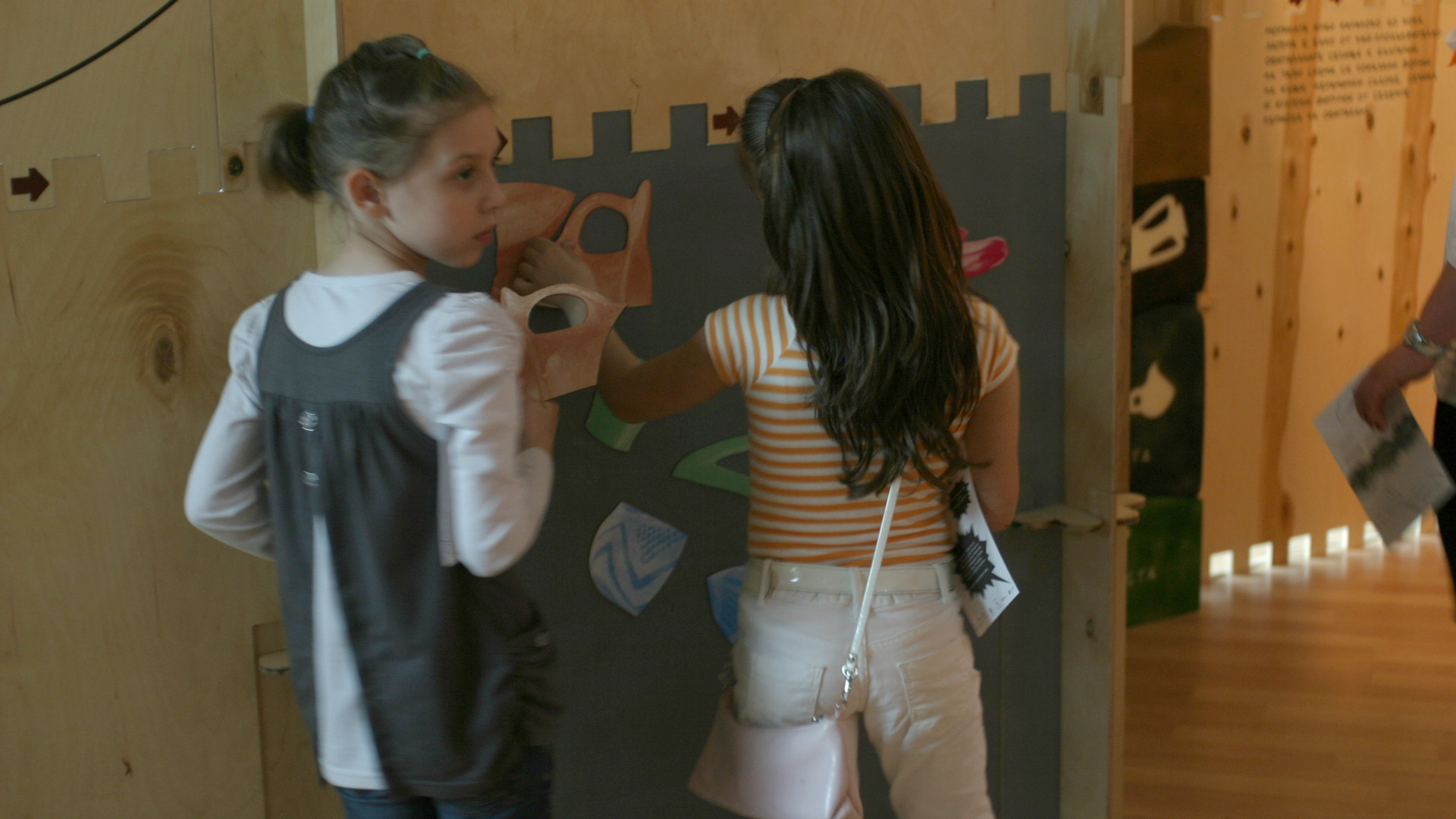 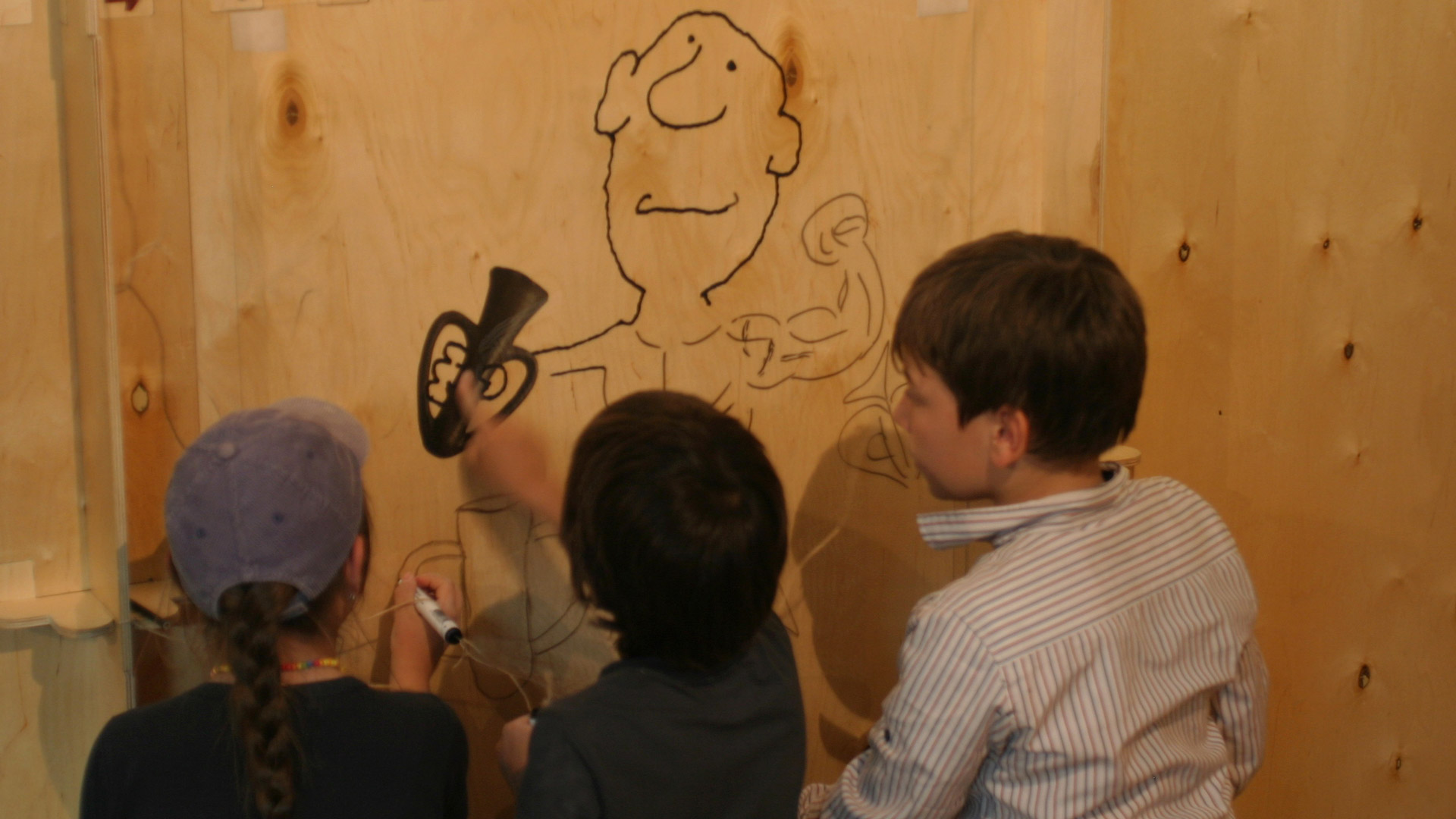 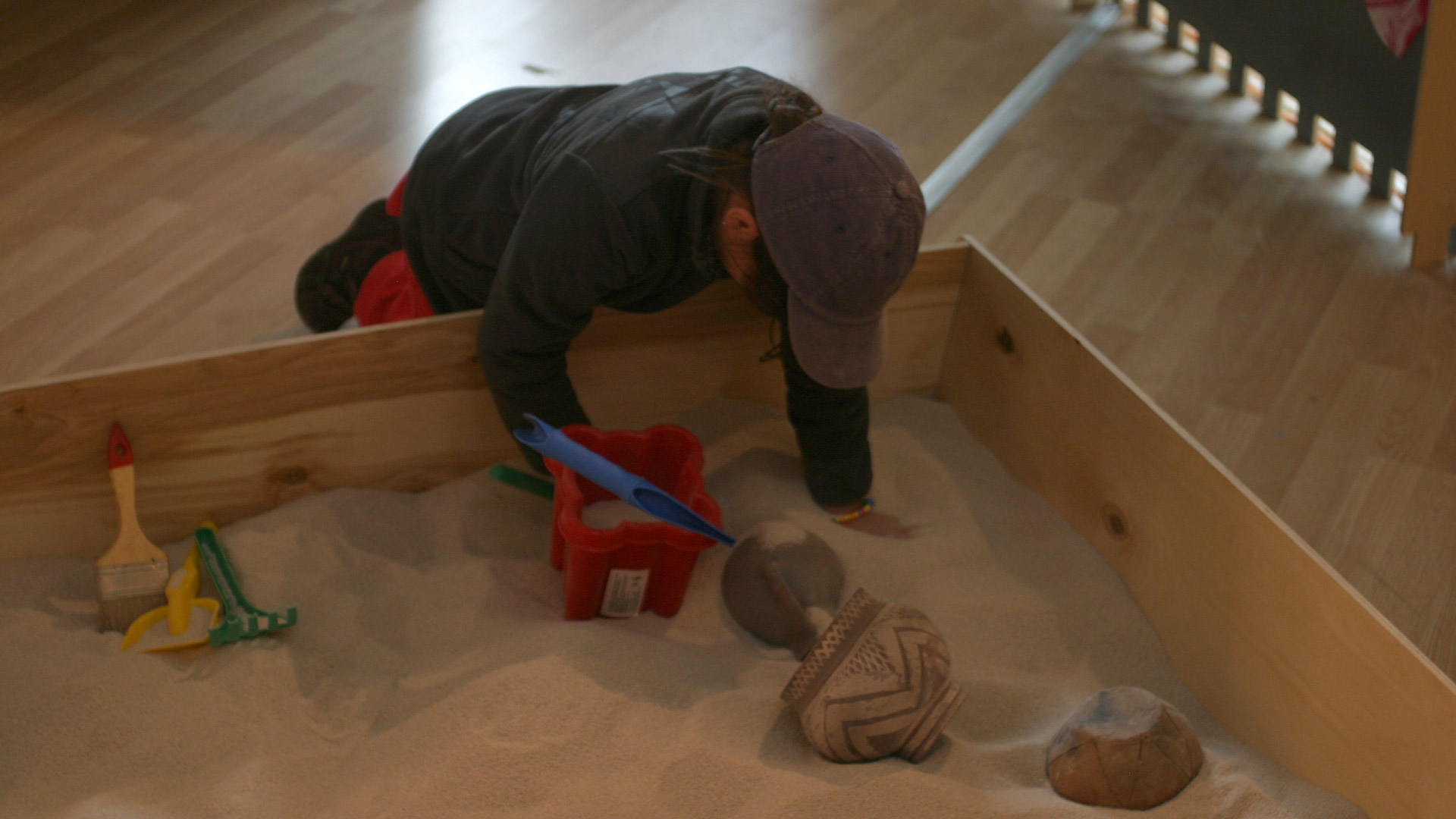 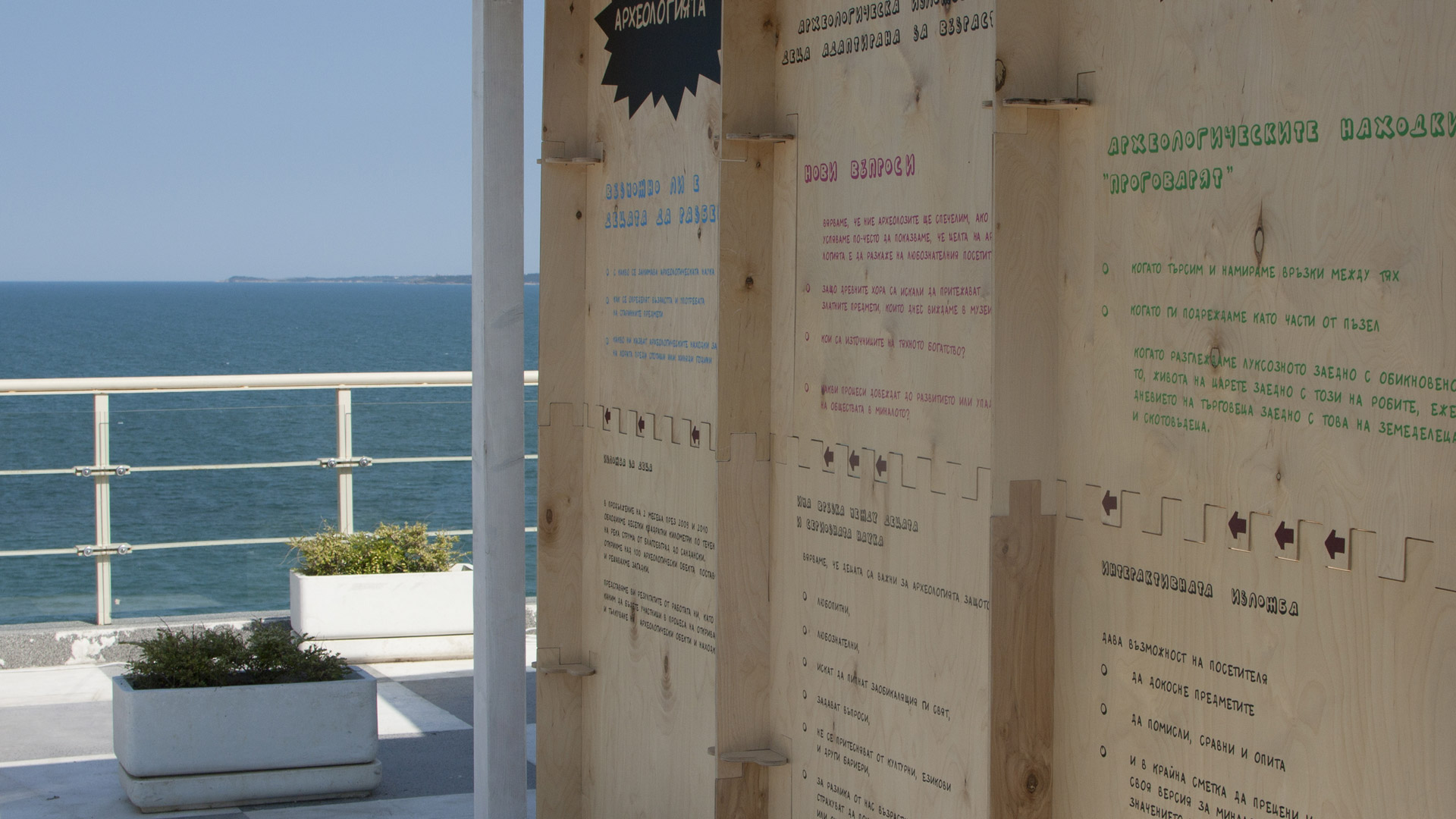 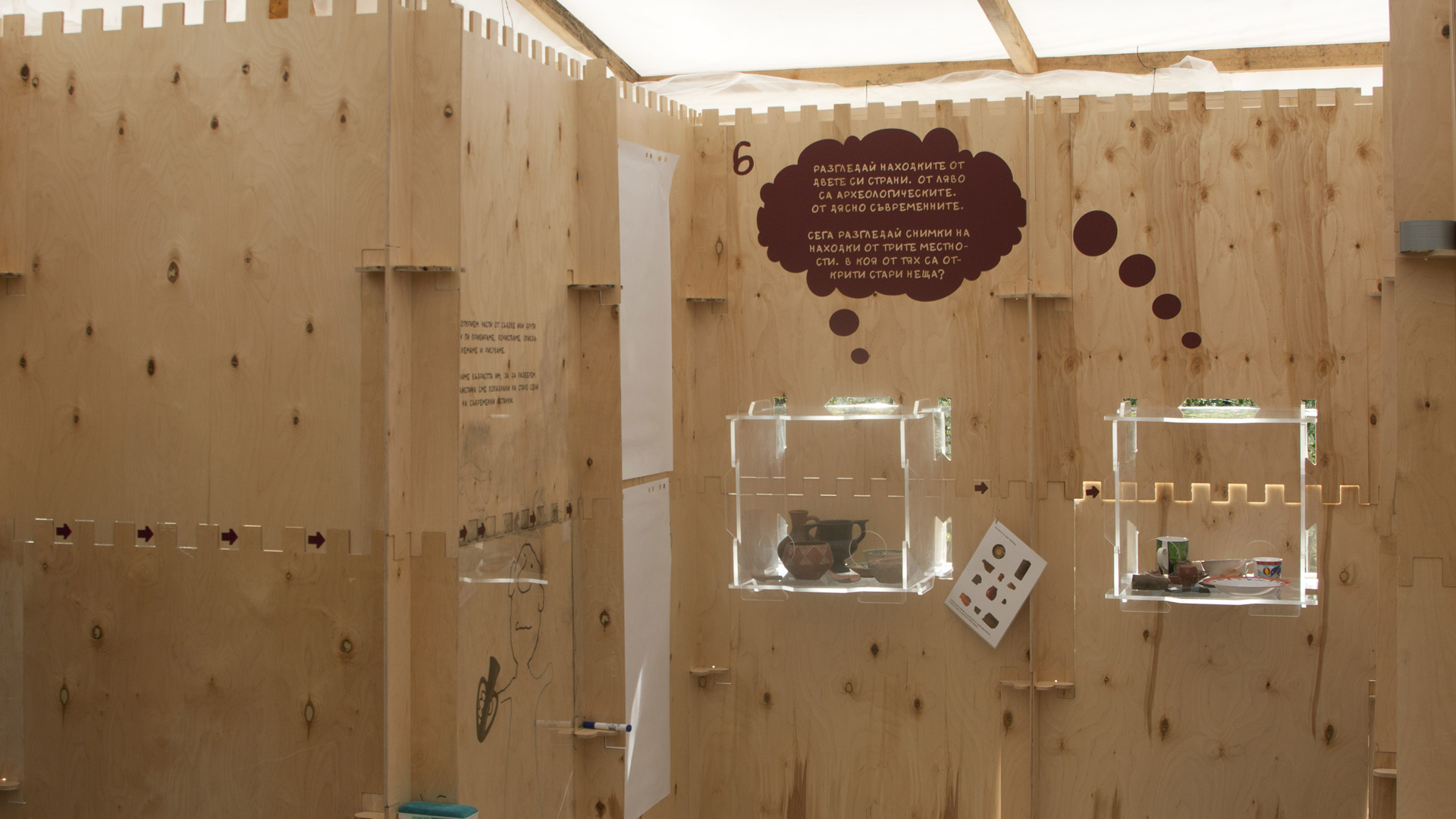 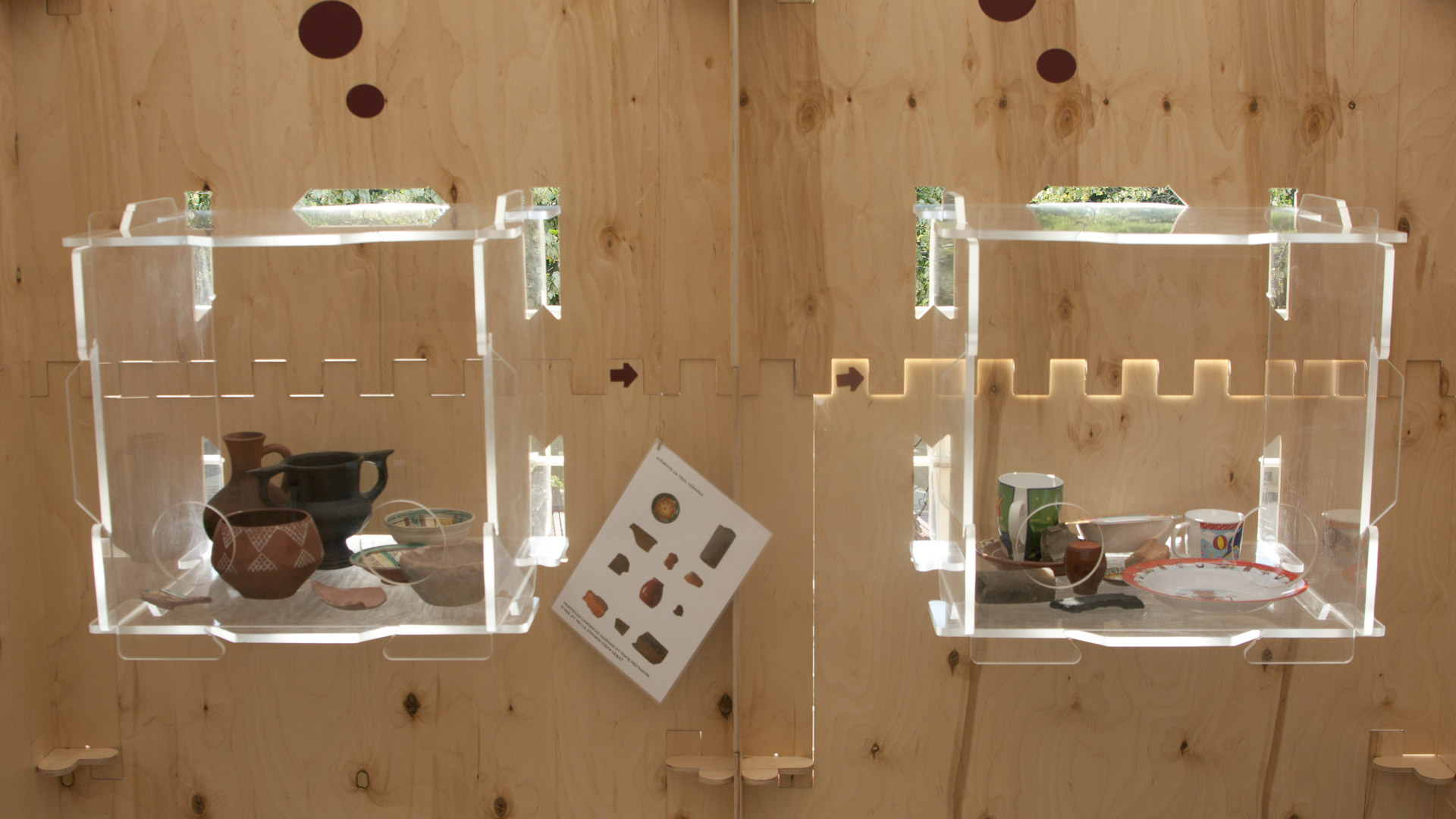 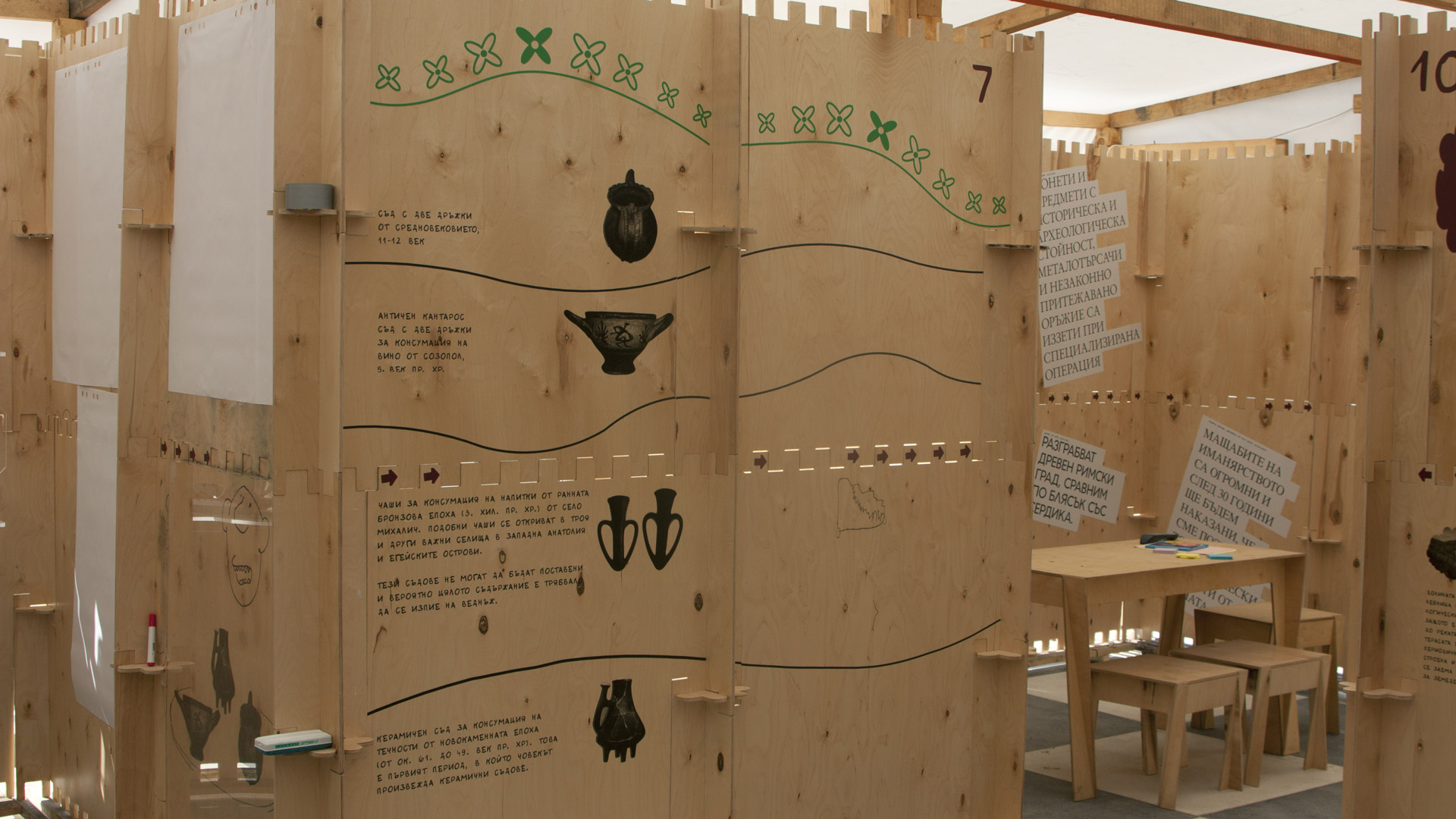 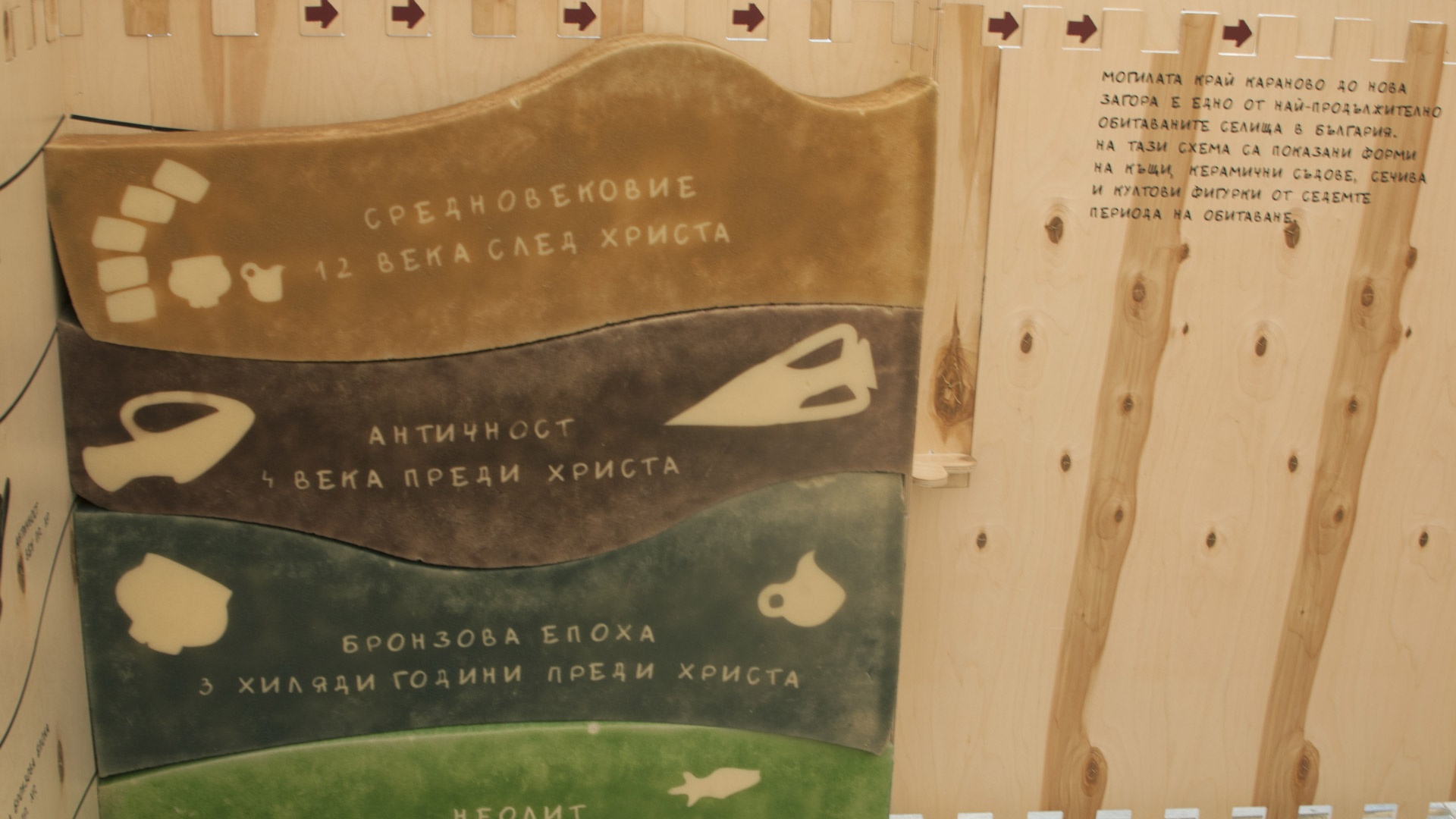 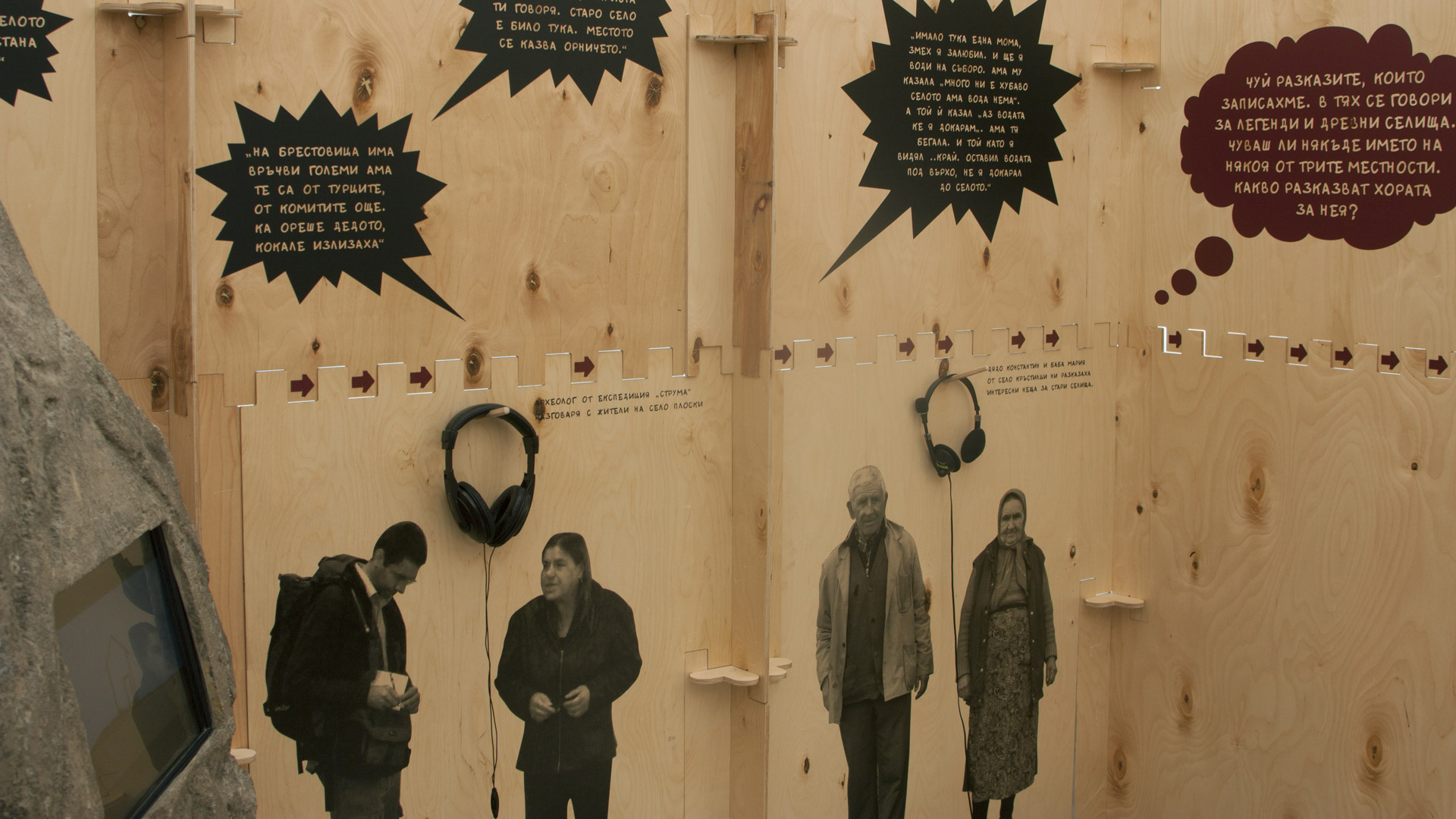 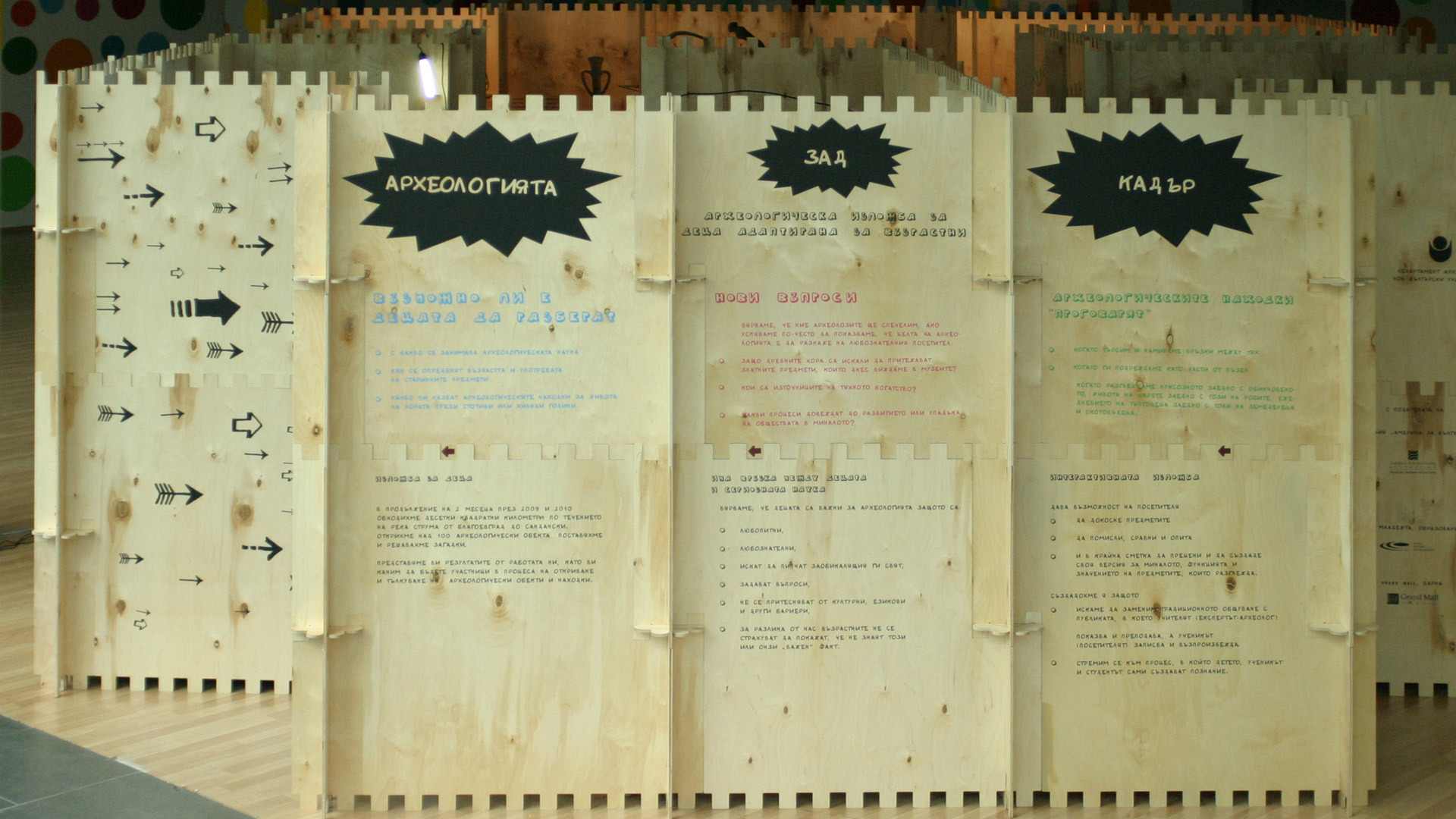 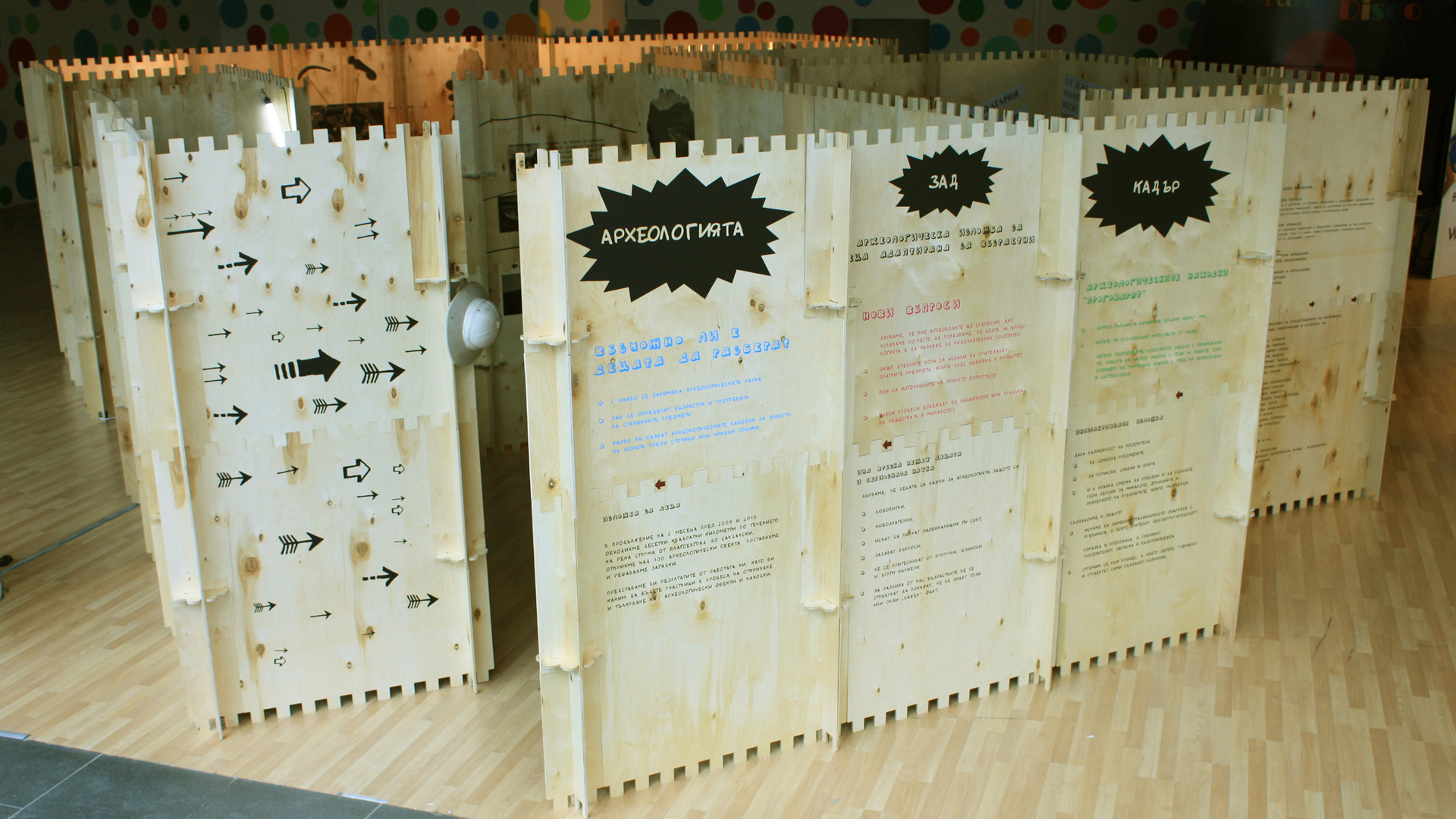 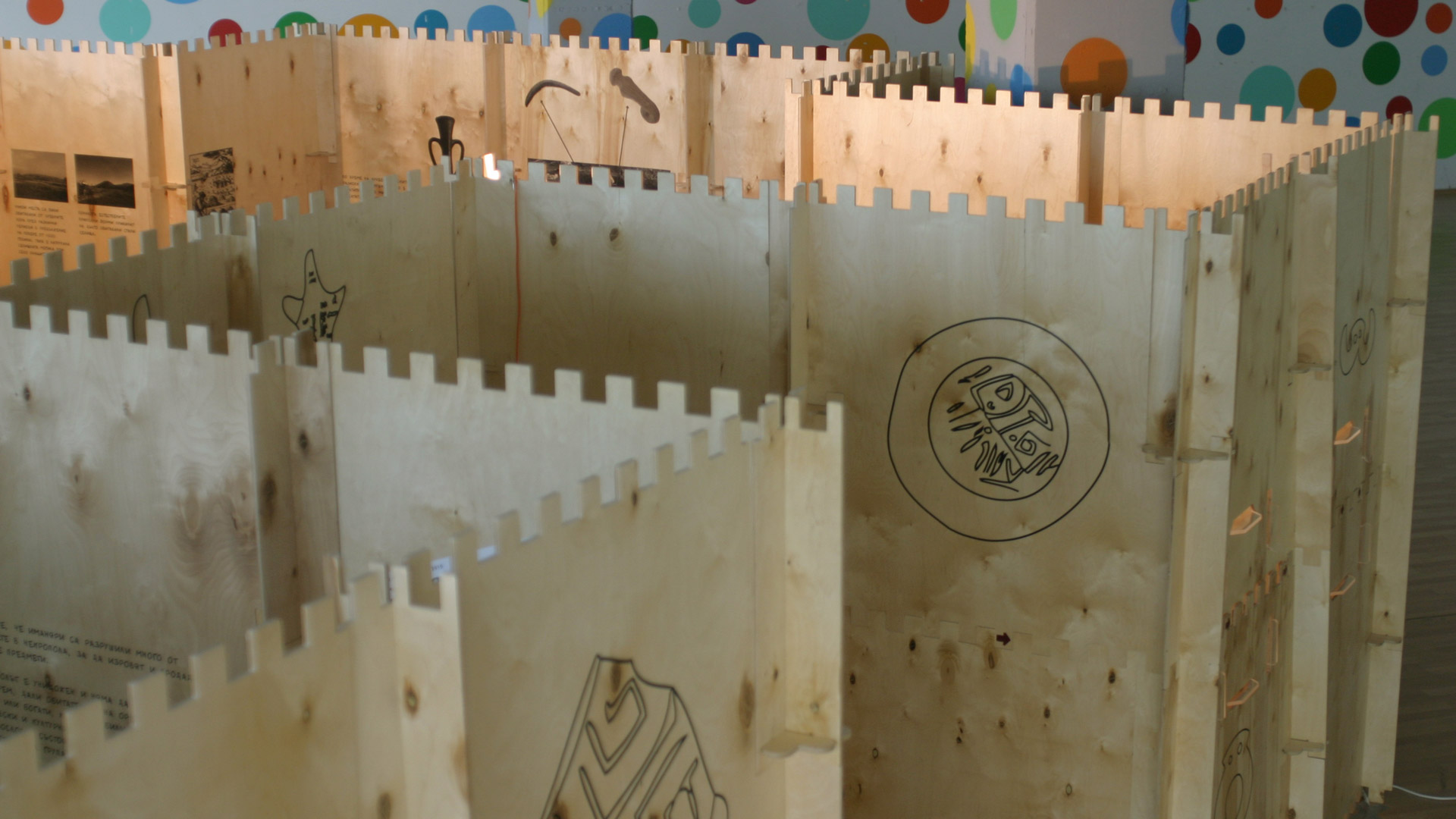 The goal of the exhibition is to make children and adults empathetic to the subject of archeology in general and also to the current challenges it faces. By recreating different activities it involves, in the form of games, children imperceptibly turn into seekers for ancient artifacts. Adults are provided with plenty of text and visual information that can satisfy even the most inquisitive of them.

The graphic materials, designed by poststudio, are separated into two “layers”: upper - for children, and lower – for adults, giving maximum ease in perception of the information. Pottery, in the form of magnetic puzzles, stratigraphic profile made of foam, a sandbox full of buried artifacts, drawing boards, animations and video are just parts of the “children's layer” , which often attracts older people too.

Our contribution to the project is the structure - “labyrinth”. It is an assemblable “puzzle” made of plywood, with no need of screws and gluing and reminds of a fortress, a lego style game, or a temporary wooden structure similar to ones used during expeditions. Only four types of elements are enough to form the whole assembly without the need of any tools. Two or three people and a working day are completely enough to move the exhibition from one place to another (see VIDEO). All furnishing, including the sandbox and the transparent boxes, are also assemblable structures that does not require any fixtures in order to be assembled.

It was first presented at Grand Mall, Varna – Bulgaria on 20.06.2011 and we were pleased that all children and adults enjoyed it a lot.

With the financial help of foundation “America For Bulgaria”